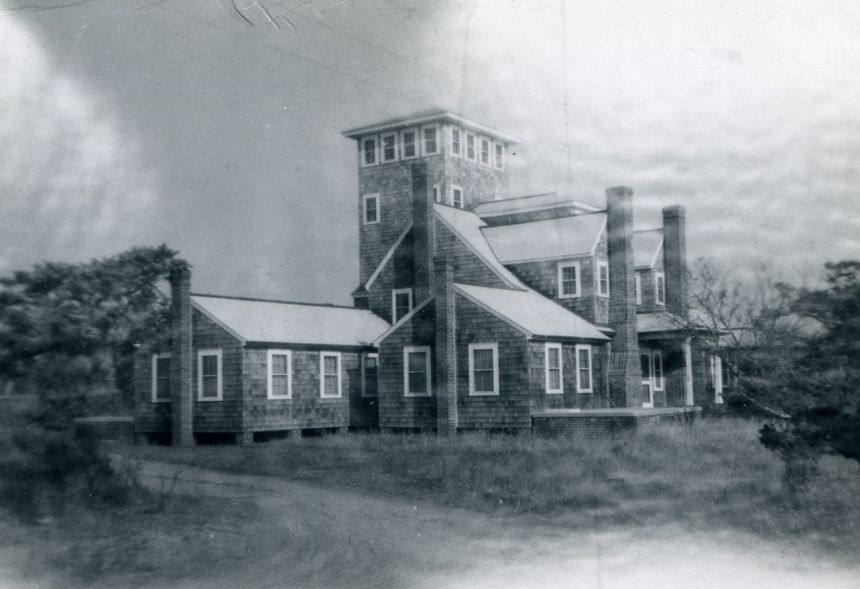 The Berkley Manor, one of Ocracoke’s crown jewels, has a deep history that adds to its historic charm and exquisite exterior. We thought the stories, pictures, and memories that have taken place at this venue ought to be shared as they lay long roots for future celebrations.

The Berkley Manor took construction in 1951 by a gentleman named Sam Jones. It’s important to understand Jones’ distinctive character in order to truly appreciate the house. Jones was a native of Swan Quarter, NC but spent many childhood holidays and his adult life on Ocracoke. After leaving home at thirteen, Jones sought work at the Berkley Machine Works and Foundry in Norfolk, Virginia. After purchasing the company at the age of twenty-six, which attests to Mr. Jones’ strong-willed, entrepreneurial spirit, he accumulated his wealth by inventing a certain part that contributed great success to the steam locomotive. Decades later, Jones found his way back to Ocracoke and in doing so, was eager to begin developing property. The Berkley Manor is just one of four large structures in Ocracoke village that reflect Jones’ construction. You can notice the similarities in the buildings because they reflect his favorite “Colonial Revival” appearance, and thus, can be the reason Jones received the epithet he “shingled Ocracoke.”  Jones believed his residence’s appearance “gave a warm, hospitable, and welcoming look.” We think so, too! At the time, the house featured twenty rooms, a dozen chimneys, many fireplaces, and a four-story tower, which you can overlook Silver Lake. As grand as it was in stature, the venue was known to have a few parties over the years and even housed Mr. Jones’ horse at times. Six decades later, the Berkley is still going strong.

Today’s Berkley Manor is very similar to the house that was built in 1951. You’ll notice a very identical physique on the outside and many corresponding details on the inside. In fact, guests inside the residence will notice low ceilings on the stairway, which was kept in tact from the original days and reflects Jones’ shorter height. Present-day owners Jamin and Pam Simmons purchased and renovated the property in 2012. In 2014, the house received an Ocracoke Preservation Society Historic District House Award. Other venues that are part of Sam Jones’ legacy include the Castle B&B, the Home Place, and the Whittler’s Club (now a private residence).   We hope you’ll take the time to visit the Berkley Manor on your next trip to Ocracoke. We eagerly await guests, weddings, and other special events. 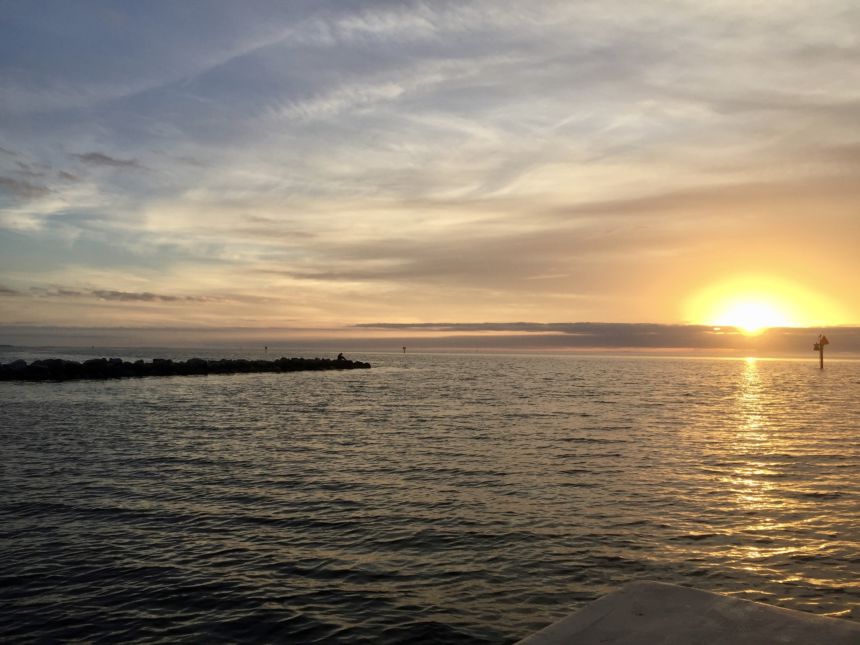 Happy week of Thanksgiving!  The year 2020 has almost (thankfully) come to an end.  It has been a bit rough for everyone but let us remember we have so much to be grateful for.  It is almost the start of a new year.  Let us begin this new year with...

END_OF_DOCUMENT_TOKEN_TO_BE_REPLACED 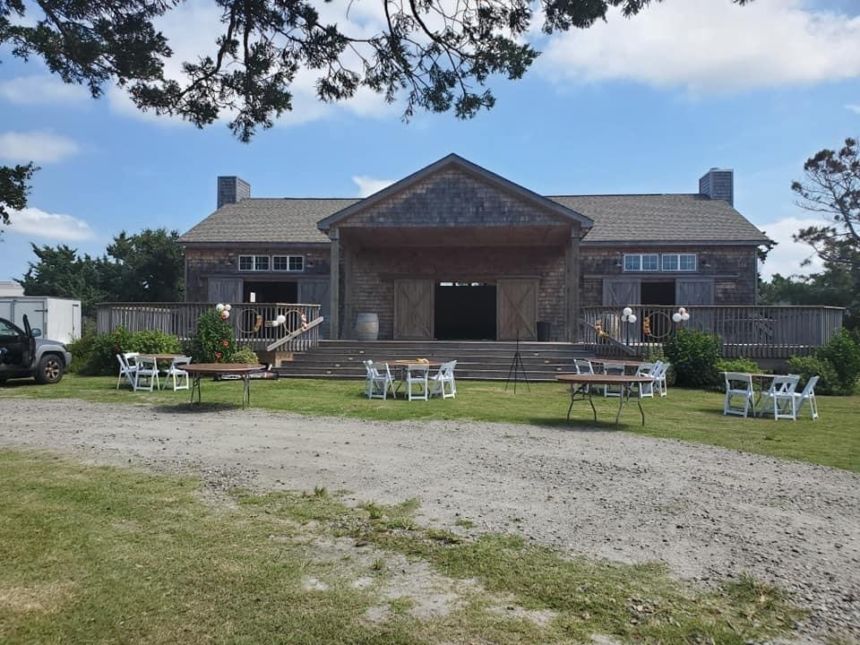 Wow, it is hard to believe we are just over the one-year-mark since Hurricane Dorian wreaked havoc on our pretty little island and community (officially September 6).  Different emotions, sweat, and tears go into this anniversary.  Even though this day has...

END_OF_DOCUMENT_TOKEN_TO_BE_REPLACED 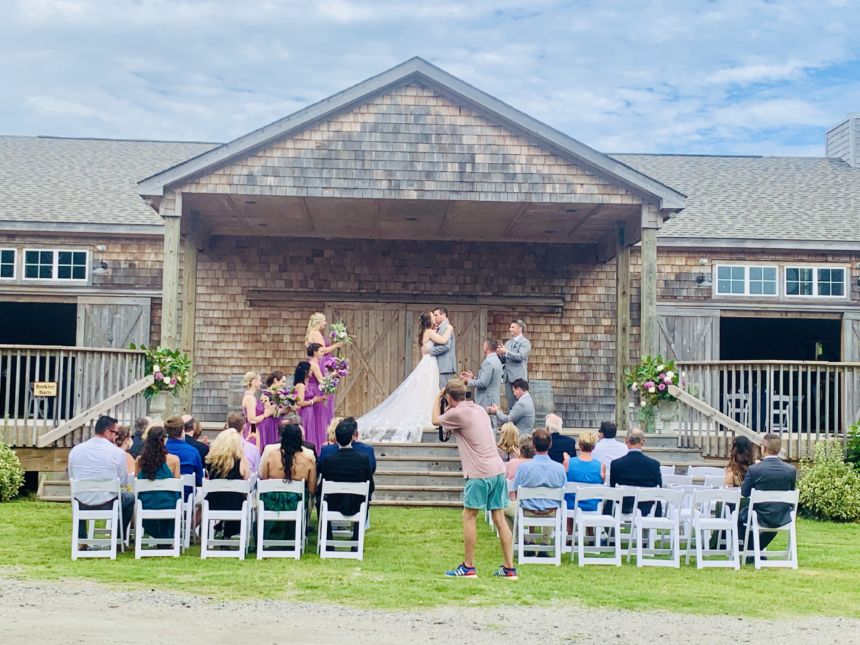 Let the good times keep rolling…. It was our honor to celebrate our third wedding of the year at the Berkley Manor in the marriage of Michael and Janelle Chojnowski.  It was a wonderful feeling being able to do what we love best – coordinating joyous...